Belly originally was named Robert Gamble, but had his name legally changed when his music career began to progress.

The time of the service was pending Friday.

Belly stated in a 1993 A-J interview, “As far back as junior high, the girls called me Papa, maybe because I was already giving them money by buying Cokes and candy for them. Then I got called Papa Jelly Belly, and gradually I shortened that to P.J. Belly.

Glenn Burch, a former bass player with P.J. Belly & The Lone Star Blues Band, said Friday, “P.J. was colorful. He always had that benevolent Papa quality in the club; he was the godfather-like club owner and everyone liked to pay their respects.”

Jim Gamble said, “He was friendly and he loved people. He loved to please them. I have the privilege of saying I bought him his first guitar and amp when he was in the seventh grade.”

Belly graduated from Monterey High School in 1967 and immediately hit the road with a band called P.J. Belly & The Rock ‘N’ Roll Revival.

He decided to quit after playing 14 dates with his idol, Chuck Berry, telling The A-J in 1987, “I got married, for one thing. And it was also that old road story: living on crackers and waking up in Nebraska to find the producer had split with all the money.

“Oil was in my family blood, and I thought I’d give that a whirl and concentrate on being a businessman.”

While still working in his father’s oil business, Belly and his friend Randy Smith combined efforts to stage a Buddy Holly music festival called the Budfest in 1986.

I was at KDAV when told the unpleasant news. I announced it five minutes into my program. I did a 25-minute tribute to P.J. the next day. I remember the first day we met in the spring of 1986. P.J., I, and Randy Smith produced a music festival that September. The five-hour Budfest concert is still being talked about. We made many trips to New Mexico, where we founded the Clovis Music Festival. It’s still an annual event there. I don’t remember one night at Belly’s, P.J.’s blues club, that it wasn’t shoulder to shoulder while P.J. was performing. P.J.’s club spawned many other artists, especially Myz Ayn and Elvis T. Busboy. Both of them are still performing.

When P.J. moved away, we sure missed him, but we always knew how well he was doing in Las Vegas at Arizona Charlie’s and other places. We talked a lot about having a Buddy Holly Museum here in Lubbock. Well, it finally opened on Sept. 3.

P.J. always called me “Big Bopper.” He always respected what I did and supported me. I’ll never forget that.

P.J. left a lot of us very sad here in Lubbock. I’ve still got his last e-mail. I’d like to thank P.J. for staying in touch. He was one of a kind. Goodbye, Rob Gamble … Jelly Belly … P.J. Belly … Friend. I hope you have a good trip.

I’m sure I’ll see P.J. again someday. Maybe I’ll bring my drums. We can have a good ol’ Texas jam. 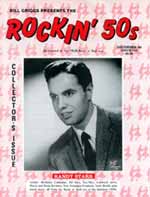 The following tribute appeared in the December 1999 issue
of Rockin’ 50s Magazine.

I met P J one memorable evening in Las Vegas with my son, who lives in Vegas. Whenever I’m in town, I like to visit The Sand Dollar Blues Lounge…where we found P J and his band this one night last year. He blew us away! After their last set, I introduced myself to P J and told him how much I enjoyed his music, adding that I wish he could someday make it to Boise, Idaho, where I live. I also asked him if he had a CD out…he said he had none with him, and that they’d been planning a new release, but he DID have an earlier one (‘Come To Papa’). He asked me for my address and assured me he’d send it to me…which he did, less than 2 weeks later!

I was very much impressed by this big man, and consider myself truly fortunate to have had him cross my path. I, like everyone else who enjoyed his music, will miss him very much. I send my best wishes to all his family and friends!

I am very happy that this is being done to help preserve the memory and music of P. J. Belly and to keep THE music alive as well! I had the privilege and pleasure of being his drummer for 10 years…in Lubbock and his entire career in Las Vegas…as he would say, “Heavy Duty, you’re the beat that moves their feet!”

The music we made will always be a wonderful way of remembering PJ and all the good times we had! Many thanks to all the fans who made us what we were!…and thank you, Belly, for giving me a chance to play with you! Those were the best times of my life! May you rest, be at peace, and play your guitar with Elvis, Carl, Stevie, Jimi, and John…

I am and will always be so grateful to Papa for changing my life and my approach to playing music. I can feel his magic inside of me every time I step on stage. It has given me a gift witch few receive. No one has ever or probably ever will motivate my playing like P. J. did. He would sometimes stand behind me when I was taking a solo and towards the end he would start shouting like a football coach or a drill sergeant, “C’mon now! quit messin’ around, go on and get it boy!!! ” We had so much fun together!

I am very proud to have been his friend. His courage lives on in my heart and my music.

The very first time I walked into Belly’s Bar, I felt as if I was finally Home. It was like I had always been of a different “religion” from everyone I met, and I had finally found my congregation! What a Happening!!! P. J. Belly made that happen, his music, his vibe -You just became a little bit “cooler” just being there and experiencing Belly’s. Looking up at him and the guys from the dance floor and seeing their joy in performing, just kinda made you high, ya know? Well, I miss him and the club, and that’s about all I can say.

While in Las Vegas on memorial day weekend 1999, my wife and I went to a club way off the strip. We wanted to listen to live blues music and nobody seemed to know of anywhere to do that until a cab driver heard what we wanted and he said that he knew a place. I don’t remember the name of the place, it may have been the Sand Dollar, and the cabbie said it was in a bad part of town and that he would wait outside until we decided if we wanted to stay.

We went inside and P.J. Belly was on stage. A few seconds later I was sending the cab on its way. The music was great and P.J. sat down with us to chat between sets and got back up on stage and dedicated a song or two to us since we were the only tourists brave enough leave the strip and come over to the club to hear his music. We ended up staying till closing time and he made sure we got a cab ride back to our hotel. We only knew him for one evening. It was more than worth the trip and we will miss being able to see him again.

“GOD” has a helluva band. I miss the person he was and will always be thankful he came into my life. THANK YOU P.J.

From Dave in Lubbock

I stumbled upon Belly’s in the summer of 92′. It was beyond my expectations and the band was incredible. I still love P. J. ‘s version of “Wonderful Tonight”. I was bummed when they went to Vegas. But, I am so glad We shared that moment in time….. A hot, west Texas Night and P. J. Jammin’.

From Jimmy Junkins (Jimmy and the Soulcats)

I am so happy to see this site!!! I never got a chance to meet any of P.J.’s family and I wasn’t around when he died, so there has been kind of an empty space in my heart since. My friendship with him was brief, but we understood each other through the blues like we had been friends since childhood. He was one of the most gracious men I have ever met, and you could tell upon meeting him that he had a heart “as big as his home state”.

I am still playing the blues in New England and I think of P.J. every night!

I have not forgot this man he brought to light a hole new aspect of life for me, I met Belly the week he opened his club, my first impression was that I had to play some drums, it was Belly and Glen Burch with a canned drummer you know the push button type so I asked if he would like a drummer no charge he said yes so I set up and the night went on and on still playing till 4:30 in the morning with the doors locked, and all this time meeting a new group of people some of which I am still friends with today, so I found my new home, and the man well just read A Last Letter from P.J.Belly this is the man I knew in his true form.

There’s a lot more to be said, you know he put the blues down in ya and maid ya feel cool with a smile upon your face, and he did this to every one, I could go on but I will say just this – BELLY; A TRUE BLUES MAN, AND TRUE BLUES MEN NEVER DIE BECAUSE THEIR SONGS LAST ON AN ON.

Hey I was glad to recently stumble on this web site. Before I ever ventured to Belly’s to sit in one Sunday night, Johnny “Sweet” hounded me about it every time I went in to Jent’s for the longest time. Finally, one Sunday night I showed up and had a blast. I had never met Belly before, and he told me later that night “I thought when Johnny told me his disc jockey friend was going to play guitar, how good can this guy be? Well X-Ray you can come play any time you want!” And I did every chance I got.

Belly even gave me one of those Texas shaped – Texas flag lapel pins and told me I was an honorary member of The Lone Star Blues Band! I had some great times playing some great music. Dangerous Dan and I were on the same wavelength and did some stuff together that was magic! I was honored to play slide guitar on “Black Panties” in the studio and that will last forever. Bless your hearts you’re more than kind!